What are you staring at? 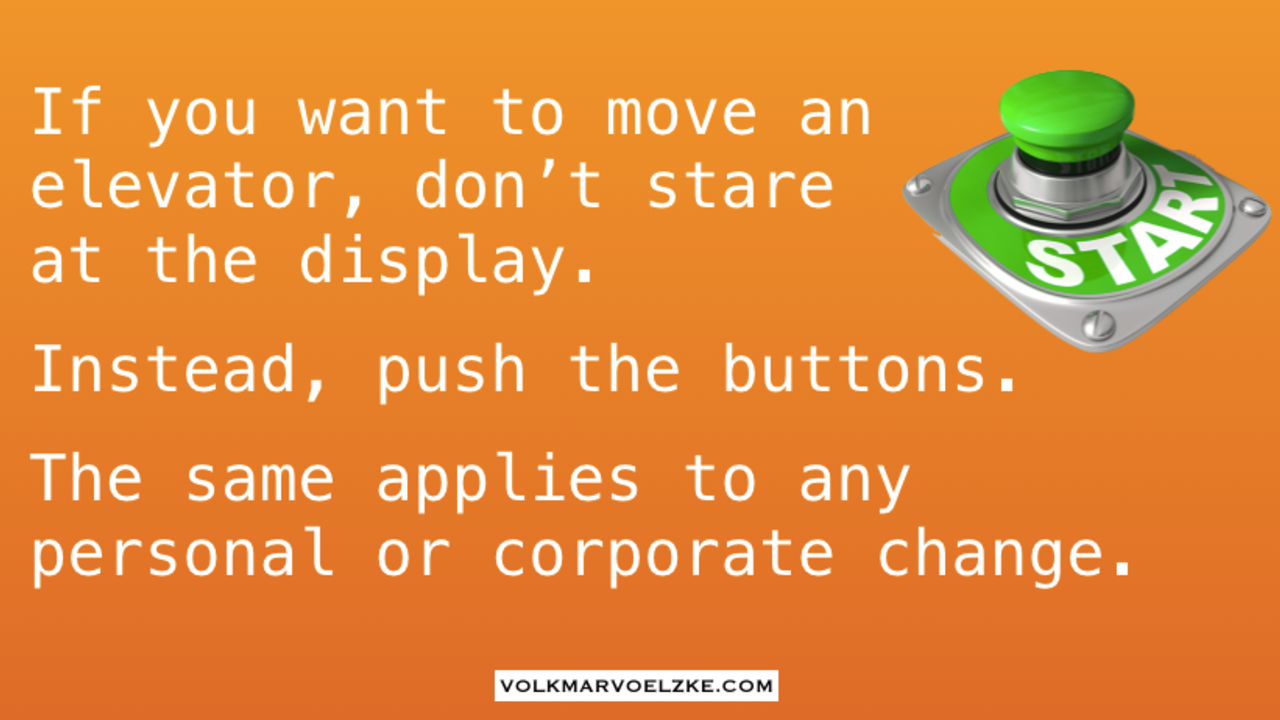 Recently, the marketing guru, Seth Godin, wrote an excellent short article describing our habits, which are often in the way of dealing effectively with change.

He brings a good example: If an alien watched people in an elevator, he would notice the people usually stand in a corner and stare at the display over the door (or their smartphone).

To conclude that these are the decisive actions for moving the elevator would be wrong. The almost unnoticed action that someone pushes the button, however, is decisive.

The analogy is perfect: We all believe that what is done most is the most important and forget to push the right buttons.

Here are three ideas on how to use this knowledge for your success:

You are too optimistic! 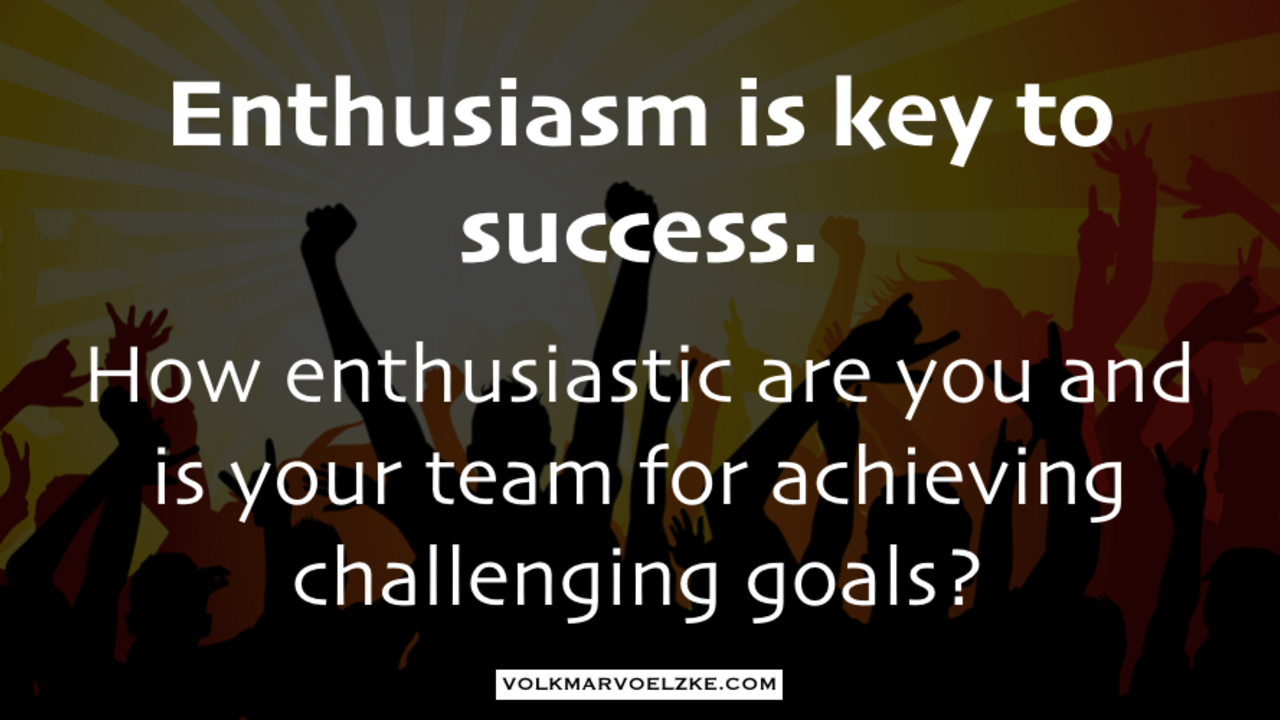 The management is the issue! This was the headline of an article a while ago in the renowned Swiss newspaper NZZ (Neue Zurcher Zeitung). Based on an extensive survey, the authors derived these conclusions:

“How well a company is actually prepared for the future transformation in the business world is not the same as the managers think about it.”

Companies would clearly overestimate their ability to transform.

And further: “the ability to transform their own company in comparison with their industry is also perceived too optimistic by the management.”

We do not need to cite a study of this conclusion. Just look around: How enthusiastic is your team for achieving challenging goals? When it comes to being competitive in the market and defining the new industry standards?

From my experience, there is huge potential for more success, more joy, and higher customer value when it comes to willingness to transform and a winner’s mindset.

Do you have a success system? 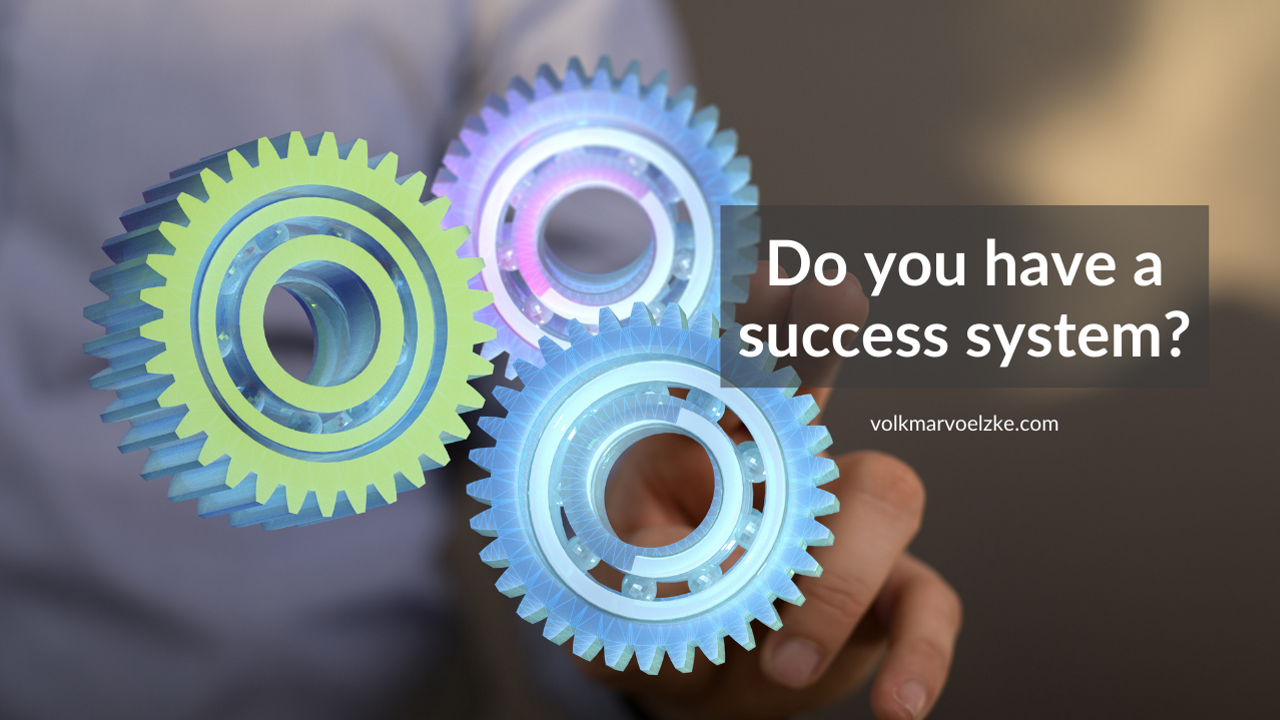 Ok, let's take care of your sales or the sales of your company. We almost always depend on selling something to others or helping others do it - directly or indirectly. As Peter Drucker once said, every company has two core functions: marketing and innovation. Marketing, in this sense, includes selling.

Hence, I will ask you a few very simple questions, which you need to answer to optimize your business:

These are reasonable questions to answer to be able to control your business instead of sailing in the dark. Believe it or not, almost all CEOs and... 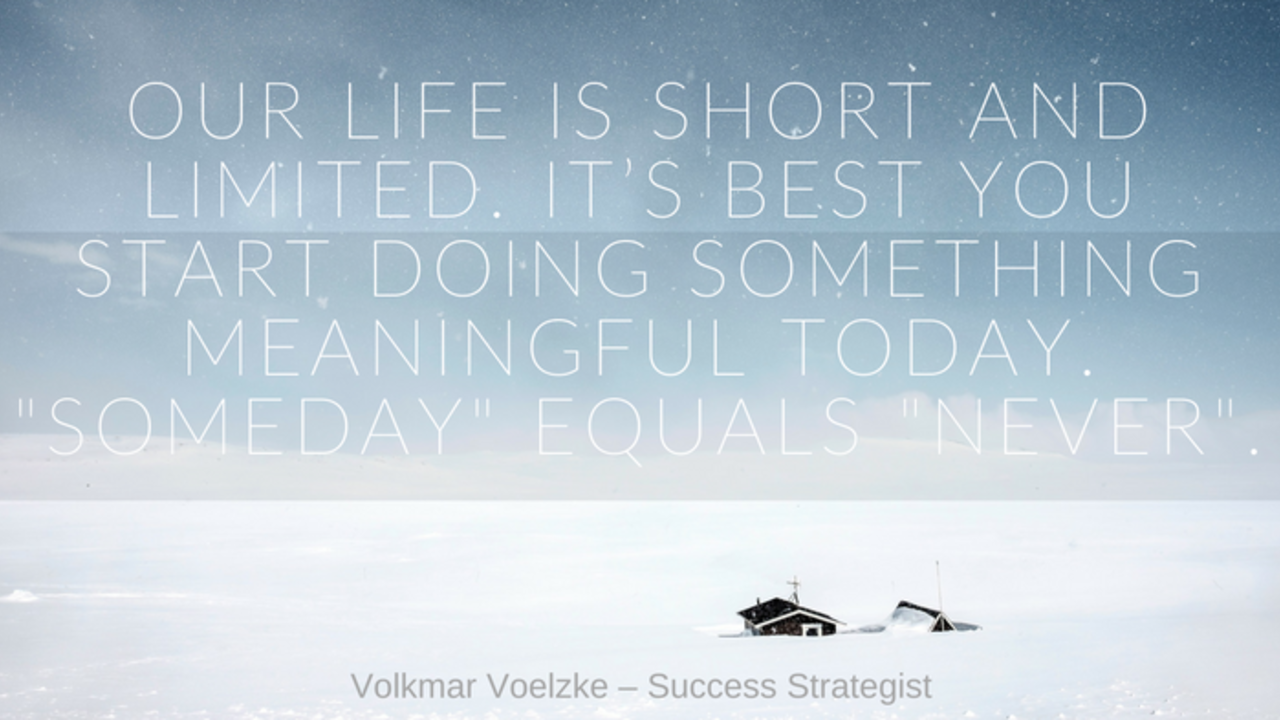 Every now and again, I think we should remember where we truly are, what we have achieved and what we still should improve. In the daily routines of never ending news, demands and requests, we tend to forget our true situation and our endless opportunities.

Here are 7 reminders, purposefully published around Christmas, a time to traditionally stop for a moment and reflect.

Why Donald Trump will win 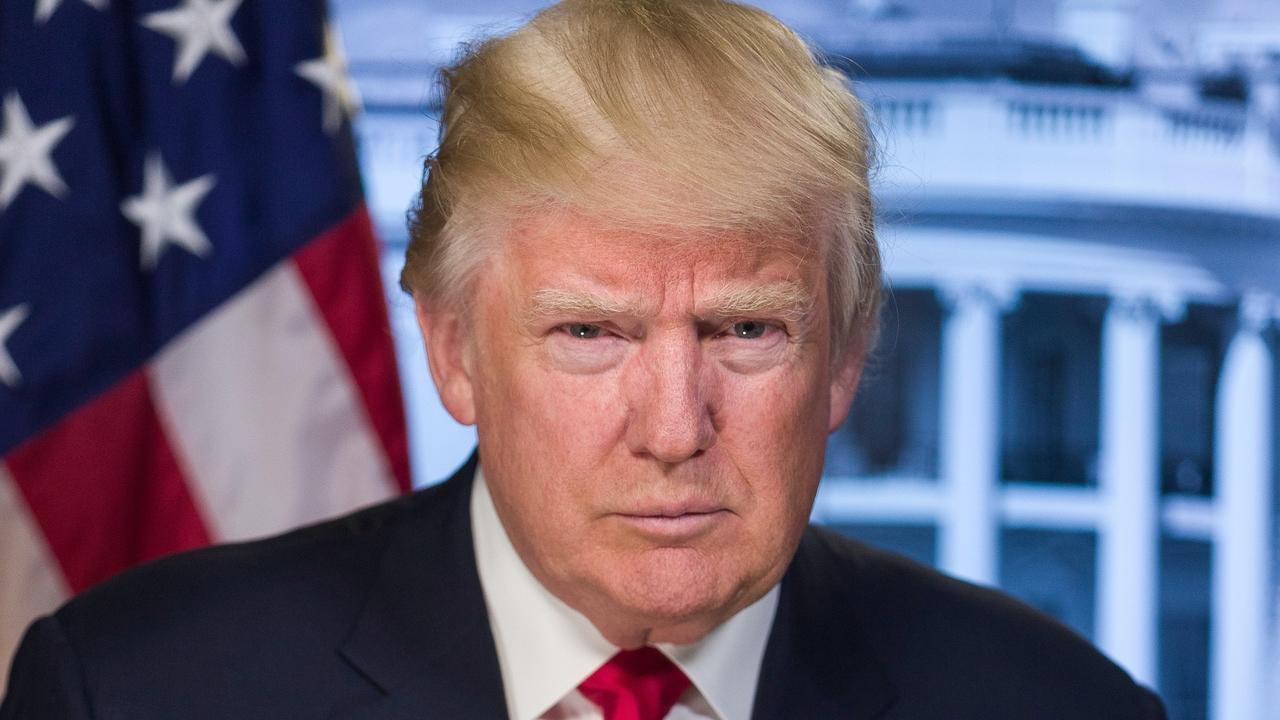 It is quite remarkable: since the beginning of the circus around the American presidential elections, one person has almost entirely occupied the stage: “The Donald” as he is often called.

Today, I will tell you why Donald Trump will win (whether or not he wins the presidential elections) and why you should take this lesson very seriously for your leadership.

Why do people choose which president? I will tell you a secret (which is probably not for you): it is NOT because of content. And it’s also little about how someone says something.

No, what matters most is whether people like to be like the person they choose. Or at least similar to the person.

And there is Mr. Trump, a true master in it: rarely would a follower rationally plead for his election. But what his followers share is that they would like to be like him: direct, provocative, ignorant, contemptuous, etc. and even with success! Because most of them are not at home at all. And if they do trust at times,...

How to change your future

Today, I’m discussing an almost philosophical topic with very practical consequences on your success in life and in business: How do you change your future?

Watch the video for some interesting insights from the most successful people and businesses.

If you are already at the very top, you’ll find your success factors confirmed. If you are still on your way to the top, I’m sure this video will give you some useful ideas on how to create an even better future.

Your tasks for this week:

These tasks might sound weird if you are not used to the topic, but these are practices to change your future. More on this in the video.

Are you committed to change your future to the better?

The ultimate secrets of success – and fun!

Hey, I know what you are thinking:

“Another article about the secrets of success! We don’t need that! We know it all!” OK, got it; you’re probably right.

However, when I recently met with a fellow from my years at the golden times at SAP in Switzerland, between 1999 and 2001, when sales just went up through the roof, profits, too, and joy of the over 400 staff members , we clearly identified three guiding forces that made all the difference for the business and the people at the same time.

I’ll explain them in the video. Just one thing upfront: these three forces have nothing to do with good market conditions or the like. They all come from inside. They are generated.

Your assignment for today:

What the heck are you selling?

I guess the headline sounds weird to you. “Of course, I know what we are selling!” you might think. Not so fast! Watch the video to learn some surprising views on what you are really selling. And I’ll give you some real life examples.

Action items for today (after you watched the video):

Go do the exercises. Nobody ever improved by just watching and thinking. Make this day, today, your action day.

We all love winners – and you do, too!

Sometimes, we talk as if we truly appreciate the forgotten ones, those that stay in the shade and never make it even close to the top. However, whenever it comes to any emotional appeal, we want to see winners. We cheer for those who score and those who make it to the top.

You think you are different? Well, each championship – like the currently running Euro 2016 in soccer – is proof of what we all truly love: winning! And seeing winners.

Let me explain in this week’s video why this always works and how this simple fact can be utilized in your business. And I’m not just talking about things like “team spirit”. No, the focus on winning has some other aspects that most people never think of – and wonder why other teams score better, i.e. their competition wins over and over again.

Your homework for this week is simple:

Just identify three possibilities where you in your business can leverage the people’s hunger for...

Is your company exciting or perfect?

One of the thought models I use with leadership teams is the typical business development curve between the two dimensions “Enthusiasm” and “Perfection”. The typical life cycle of any business starts out with high enthusiasm and high imperfection of anything they do.

Over the coming months and years, enthusiasm will decrease. If the leadership team doesn’t increase the performance of their entire operations, then the company will surely get out of business. Low enthusiasm + low performance = end of the game.

When leaders implement systems to run a high-performing operation, they might well become profitable and can stay in business for a long time. However, as long as enthusiasm continues dropping, they always will operate only at a fraction of their possibilities.

So, the key question for any sustainable peak performance is simply this: how can you keep up enthusiasm, even when the business becomes more...