💰 What Price Are You Willing To Pay? 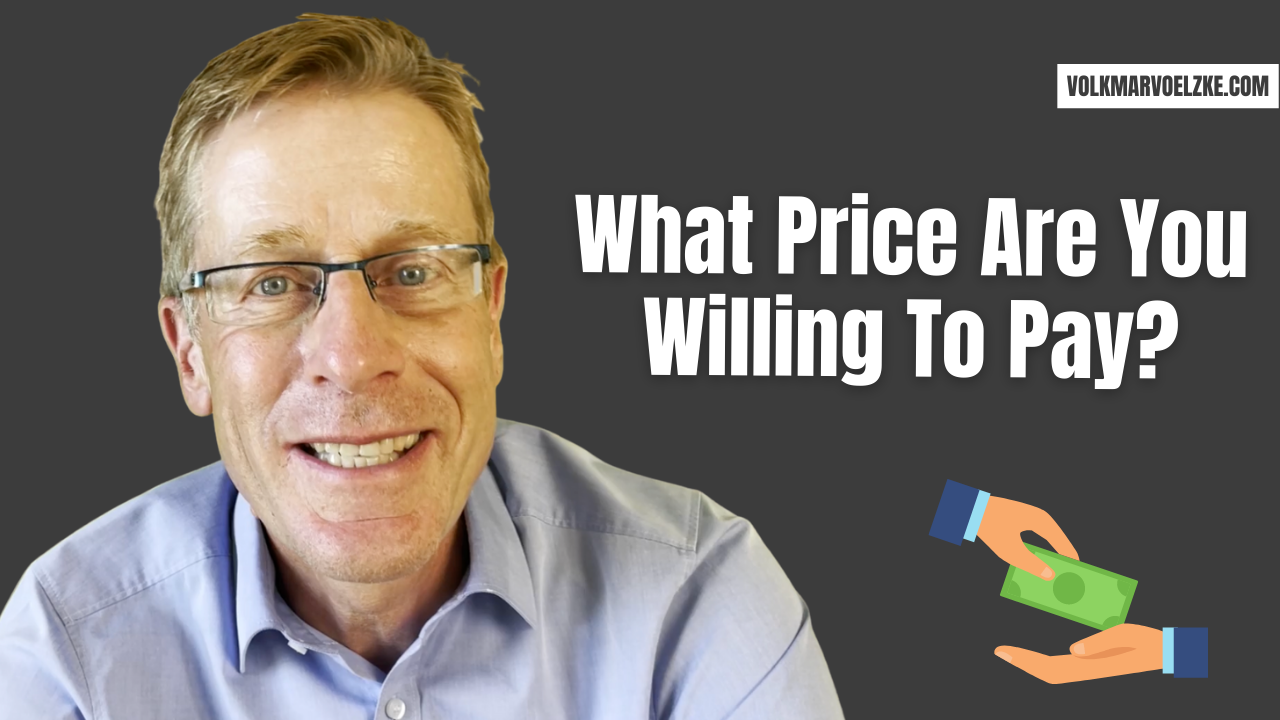 All of life consists of a series of trade-offs, of choices between different alternatives:

Of course, there is also often the possibility of combining multiple activities or increasing efforts to pursue just more than one thing after all.

Elon Musk did manage to ramp up SpaceX and Tesla simultaneously (three days a week each for one, and three days for the other), but even he couldn't have scaled five other companies at the same time.

The threshold may be different, but ultimately we have to keep choosing between alternatives.

That's a central mantra of modern essentialism: most people have so many things going on at once that they're not only burned out and frustrated, they're barely moving anything forward...

👌 I Guess You Don’t Want To Be Excellent 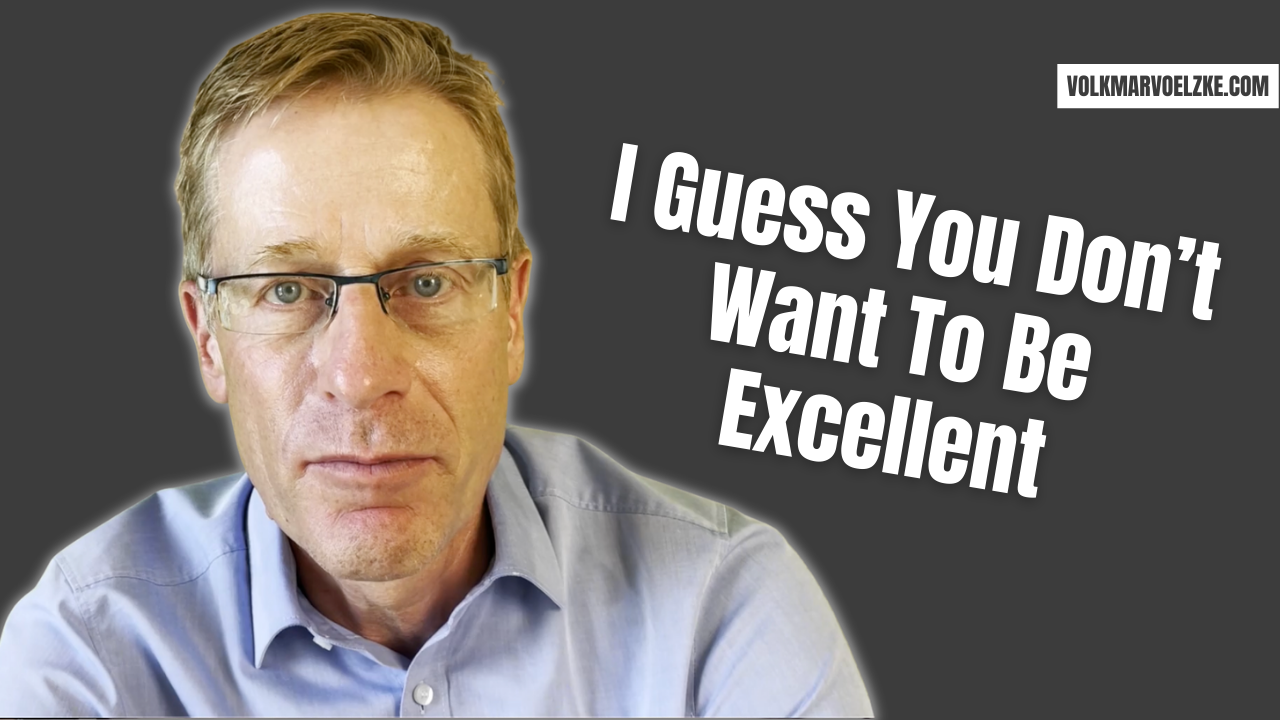 Would you agree that excellence is a substantial competitive advantage for any business if the competitors are less excellent and excellence matters for customers? Sure, the answer is yes.

Why is it, then, that so many businesses are so far away from true excellence I wonder if their leaders truly have excellence as a goal?

Technically, it is not too difficult: Just do everything in an excellent manner. And here is the issue: the word “everything” is the challenge.

Almost all businesses are excellent at one or two things. Often, it’s the product and perhaps the customer service (even if the latter is questionable for most companies). However, as mentioned: EVERYTHING counts in excellence.

So, what can you do to develop your organization closer to excellence and by that gain a substantial competitive advantage? The key is systematic training in all areas of your business.

Here are three steps to do it the right way:

💪 How To Become Mentally Stronger 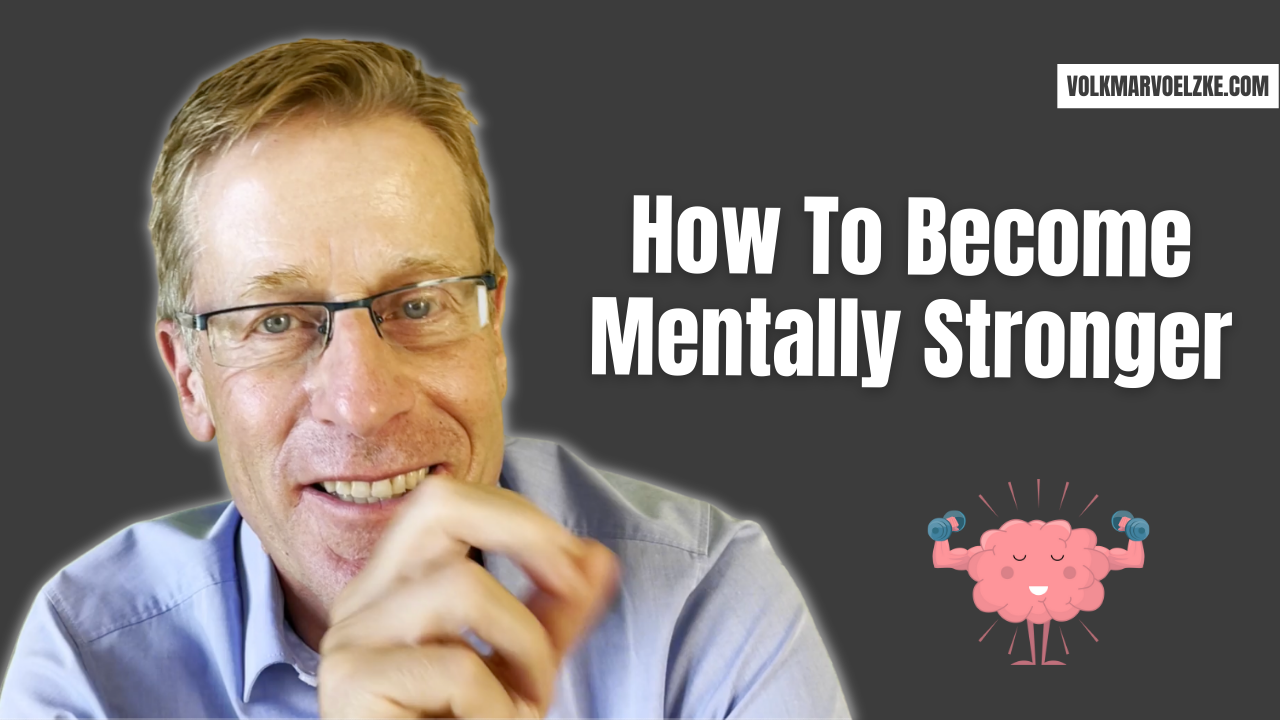 Mental strength is one of the most important factors for success in all areas of life - and of course also in leadership.

Many of the root causes for difficulties in leadership and in life lie in mental weakness.

You notice mental strength not only by determination and perseverance, but - much more important - by flexibility and adaptability.

That is, mentally strong people create success with what they have right now, where they are, and with people who are around them right now. They never have the thought, "I'm missing something to success that I can't create."

In other words, energy and attitude do not depend on external circumstances, but solely on one's own decision.

The good news: mental strength can - and should - be trained. Three questions for certain situations, to which one must find the answer, help very well: 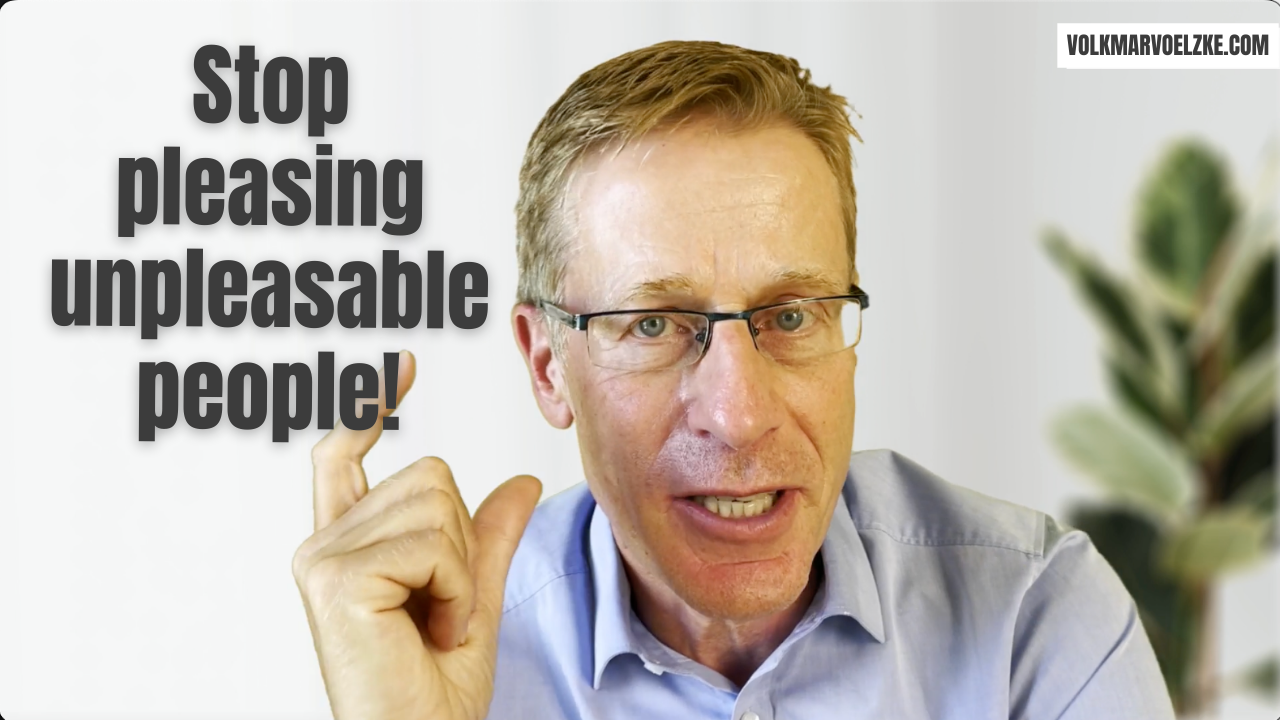 In this post, I’m sharing a tip by which you that can substantially increase your profitability. Hard to believe? Well, stay with me.

When are you more successful in life and in business? When you collaborate with people of a similar mindset who support you and each other or when you need to constantly convince others of your way forward? The answer is clear; however, why do so many people and entire businesses spend far too much energy on trying to convince skeptical people instead of thriving with the ones who love working with them?

I am mainly referring to your focus on the right customers here. Many CEOs and Sales Managers are not even aware of how much time they spend for trying to convince potential customers of their products who are deeply skeptical and constantly giving them a hard time.

Quite a lot of companies even spend most of their energy on trying to please almost unpleasable customers.

The most successful people and businesses have...

🥺 Should You Reduce Your Commitment? 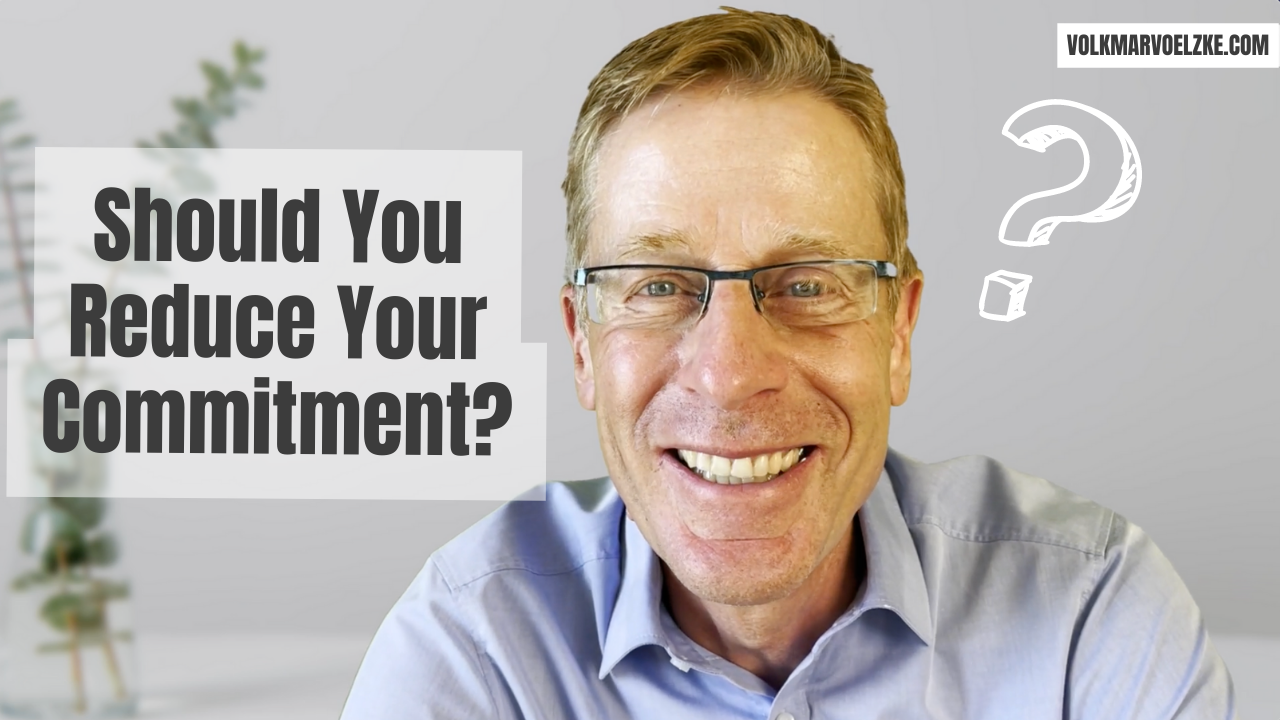 You might be asking, "Shouldn't we rather increase our commitment to get more done and have fun doing it?"

Yes, of course we should. The only thing is: the key is to be committed to the right things.

The same is true at work:

Being highly committed to tasks and projects that don't match your goals or vision - or that keep draining your energy - leads to burnout and, in the long run, failure.

So how can you identify what you should be highly committed to - for yourself and with your team - and where you shouldn't? Here are three important questions:

😱 How To Scare Away Good Customers 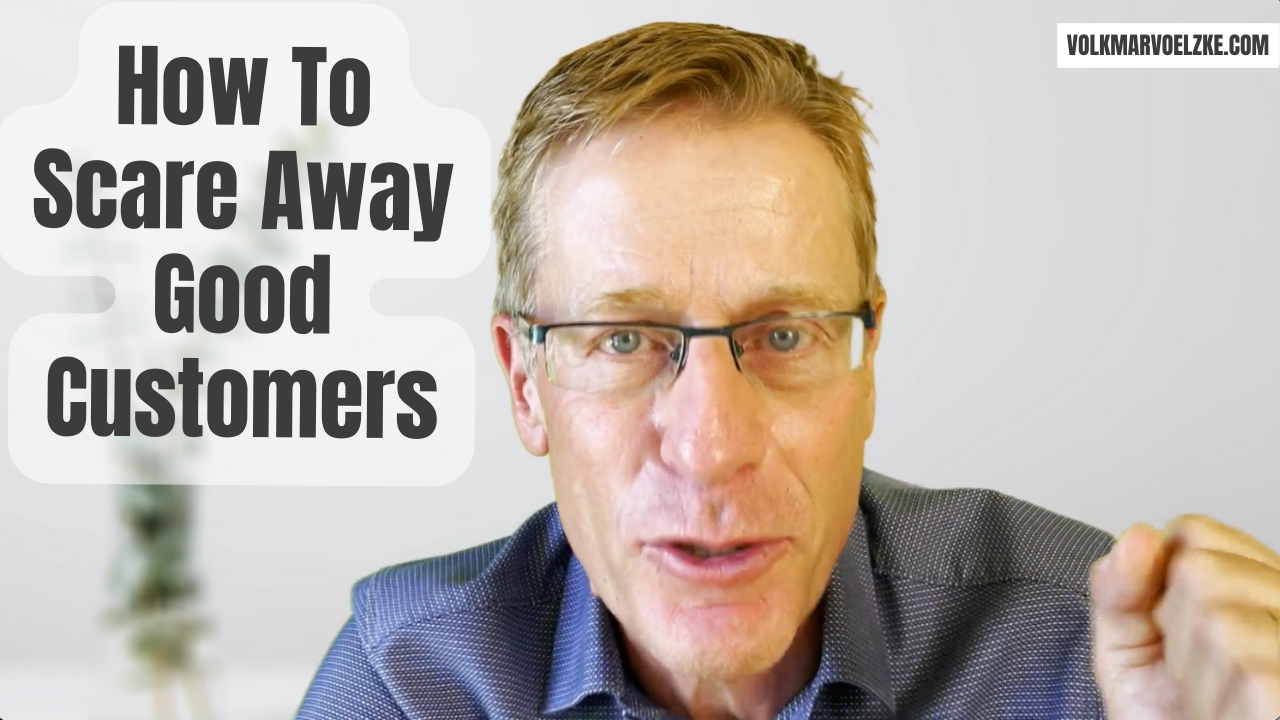 I constantly find it amazing how many companies truly do their best to turn away their customers or avoid finding new ones.

Yes, I know that this sounds a bit cynical, but it is confirmed in real life almost each day. Let me share three examples in which you might even find practices of your own company, at least to a certain extent. I’ll then give you some ideas about how to change these practices for the better.

The owner of a restaurant in Zurich / Switzerland was staring at my wallet when I pulled out my credit card to pay and mentioned: “I see you have cash. Why don’t you pay with this? You know, I have to pay a fee for credit card transactions!” When I confirmed that I still want to pay by credit card he stated that we have to wait a while for the machine to pay. And yes, he let us wait another five minutes to do so. I will certainly never go there again nor will I leave a nice review on Trip Advisor. By the way, the food was not bad and the...

↘️ Why You Should Lower Your Expectations 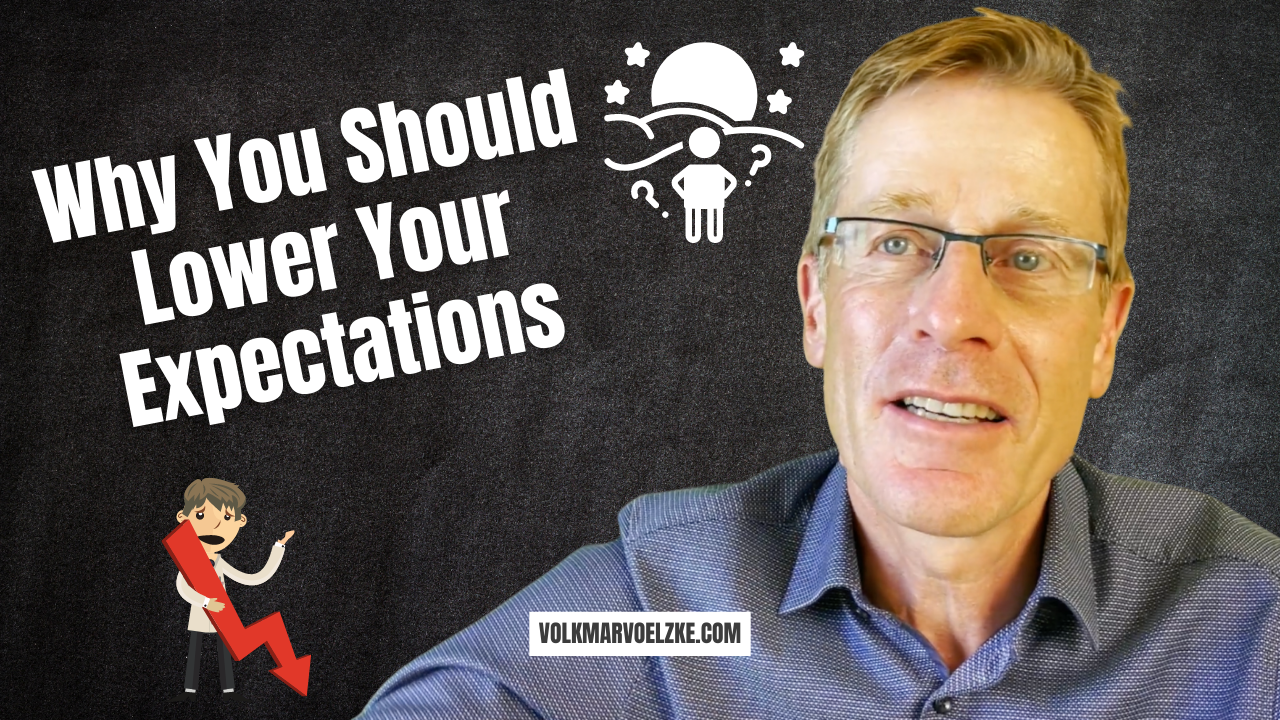 You should lower your expectations? Seriously?

You may be wondering: Don't you usually hear from me that we should be ambitious and have high expectations? That most of us are flying too low?

Well, the resolution is quite simple and often overlooked: Have high ambitions, but not equally high expectations of others and the environment.

There's an old saying from happiness research: if you want to be happier, lower your expectations of everything outside your direct zone of influence.

Because those expectations of people or things you have limited influence over will always frustrate you if they are not met.

In other words, achieve more (through high ambitions) and be happy on the way to your goal (through low expectations).

So how can you put this into practice in a very concrete way in your everyday life? Here are three important steps:

🏆 What Is Your Victory Today? 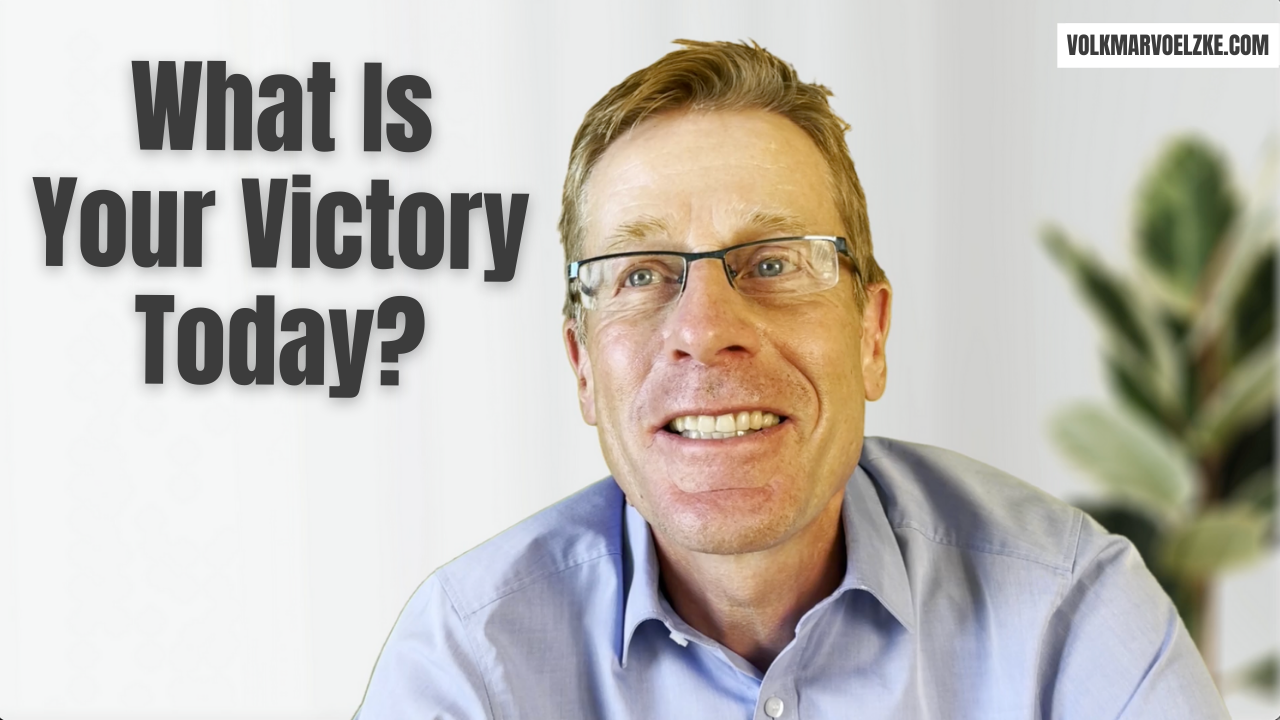 What are two of the most essential sources for inspiration, a fulfilled life, and high productivity – and ultimately for a sustainably successful business?

The answer: variety and victory. Just take a look at children (which is always a good option because they are not yet biased by all our subjective belief systems):

They constantly try to create something and then celebrate their victory. Let it be the sand castle at the beach, the fortress, the model railway, or whatever: the sequence constantly goes like this: create, succeed, and celebrate victory!

The same applies with you as a grown-up: What were your best feelings in life? Exactly, when you created something that worked and you got credit for it. In other words, you celebrated victory!

Here comes the key question for your role as a business professional: Why do so many businesses celebrate so few victories?

If we just accepted the fact that personal victories are a key source of higher inspiration and...

⚠️ Where The Greatest Dangers Lurk For You 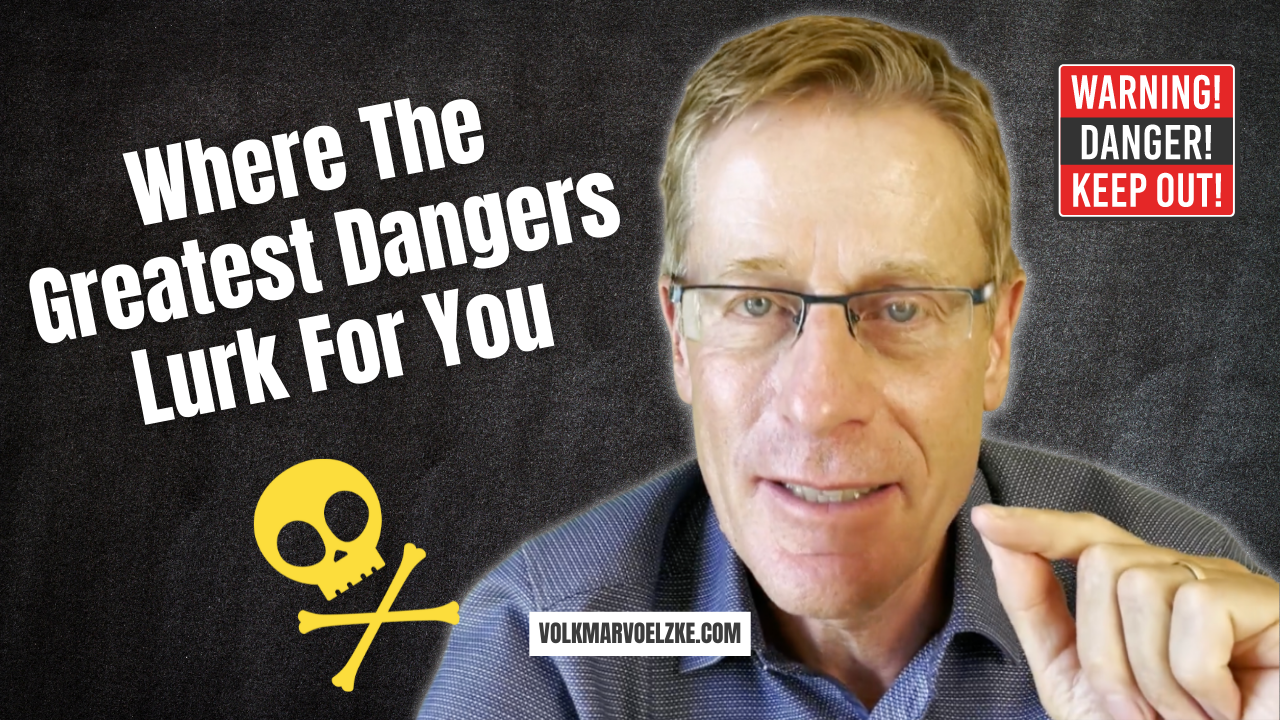 If you want to become more successful, it is of course important to look at which factors contribute positively to achieving that.

This is a recurring topic in my articles and also the subject of training in my workshops.

After all, "success leaves clues", as a much-quoted statement puts it in a nutshell. Those who are successful by their own efforts think and act in a certain way, which most likely contributes to success. Therefore, it is always worthwhile to look at such factors (by the way, especially the mindsets).

However, all these success factors can be massively cancelled out by dangers that many see and pay too little attention to.

The conclusion is then sometimes that the success factors "do not work for me or us". In truth, however, people have often only sabotaged themselves by disregarding the dangers.

Here are three (from my experience with my clients) big dangers that lurk for you and your team if you want to become more successful:

📈 Are You Growing Or Dying? 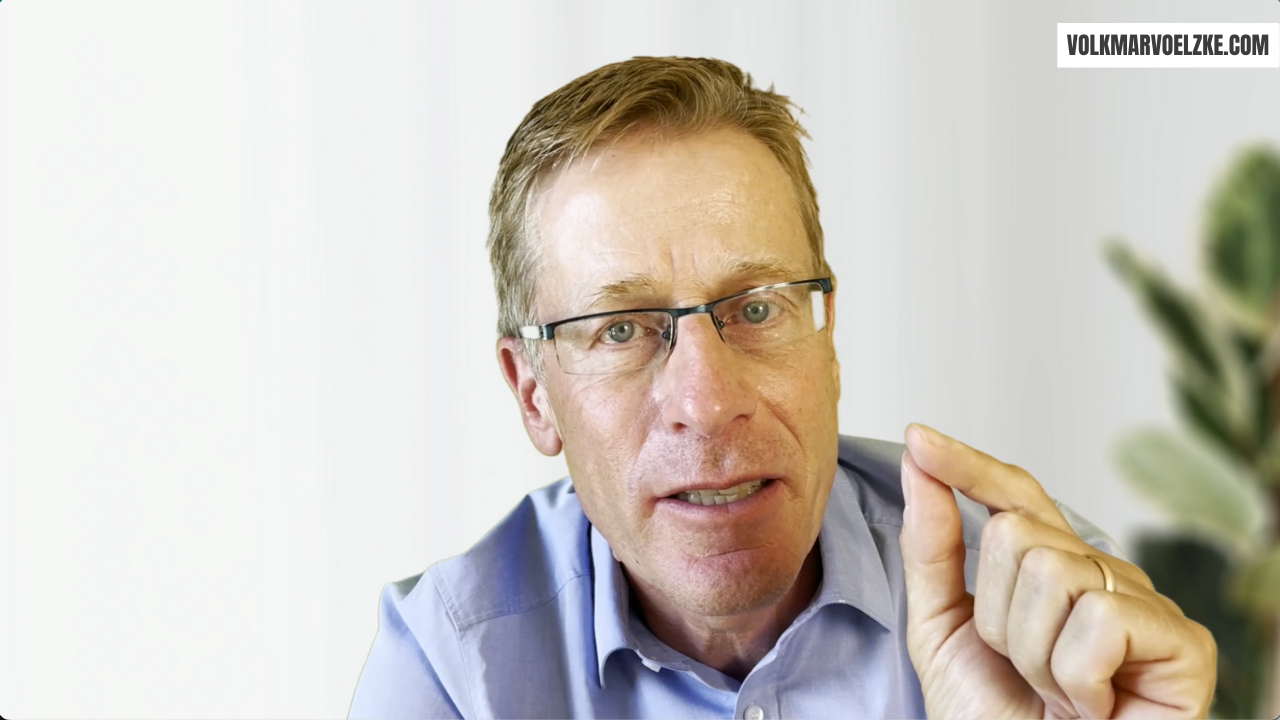 You probably know the saying that there is no standing still in life. You are either growing or you are falling behind. Look at nature: what’s not growing is dying.

What I find more surprising is the fact that many organizations are like a protected area for those who are satisfied with the status quo.

Many people in those organizations have lost all hunger for growth. They are living their lives like a being that is moved here or there without a real drive to stand up and say: “It is me who gives direction!”

I’m not making the case here for starting a revolution in your organization (even if this would sometimes be needed). What I’m saying is that you only live up to 10 percent of your capabilities as a human being if you stop growing.

And to provoke it even more: It is amazingly selfish not to grow personally at the highest rate possible. Because you are gifted to help other people living better lives, to make a positive contribution...