🤷 Why We Make Things More Complicated Than They Are 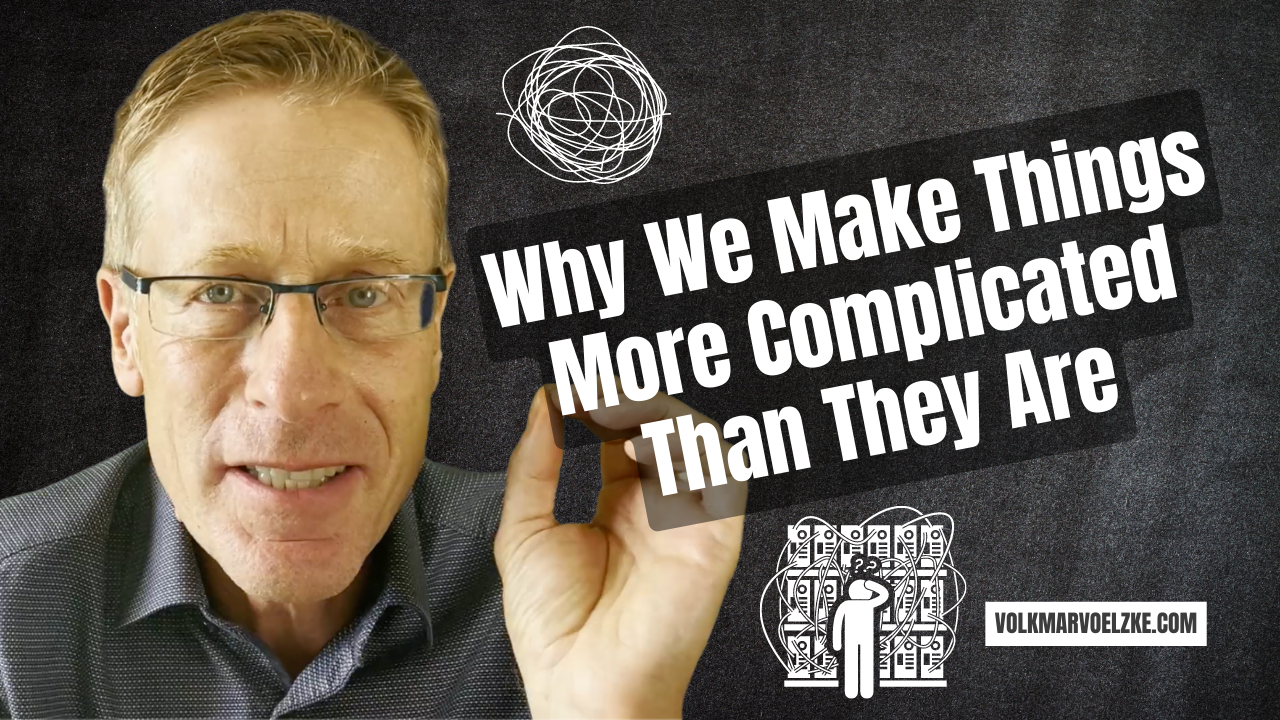 After all, there are various things that stand in our way on the path to greater success and fulfillment. One of them is the tendency to make things more complicated than they are.

Now, don't tell me that this doesn't affect you. I bet that if I were to observe you, we would identify various things that you are making more complicated than they need to be.

To get to the root of the matter, I share below:

Let's get started with the three most important reasons:

Let's now take a look at what the consequences of this are.

These consequences are also the symptoms by which we can recognize unnecessary complicatedness. Here are three of them:

So, now you may be saying to yourself: "All well and good, but what can I do in concrete terms to make complicated things simple, or simple things not unnecessarily complicated?

I'm glad you asked. Here are three steps to do just that:

So, here you have some thoughts and suggestions on how to make the world around you simpler instead of more complicated. The effect: more success, less frustration and greater momentum.

Whenever you're ready, check out my ➔ coaching programs and set up ➔ a 15min appointment here to get to know each other.

Grow your success every week!

Join the Friday Noon Memo and get fresh success tips every Friday into your inbox.
Don't worry, your information will not be shared and you can unsubscribe at any time with a simple click.